What happens when big data and big politics collide?  One answer arises from a recent study of big data in the electricity distribution sector in an Indian state: “Exploring Big Data for Development: An Electricity Sector Case Study from India”. 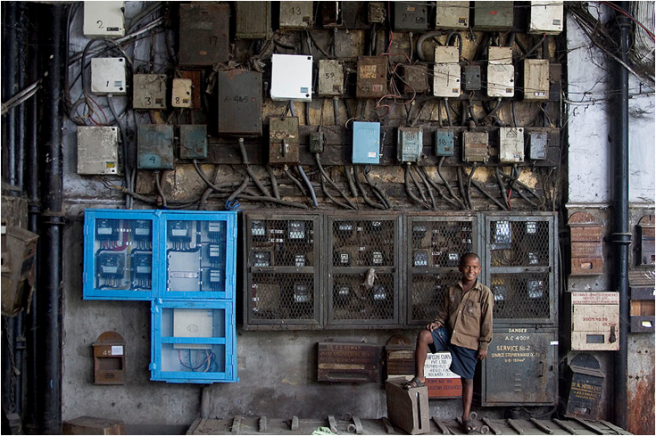 The state electricity corporation has introduced millions of online digital meters that measure electricity flow along the distribution network and down to the level of consumers.  Producing a large stream of real-time data, these innovations should have addressed a critical problem in India: theft / non-payment by consumers which creates losses up to one-third of all supplied power.  But they did not.  Why should that be?

Big data does reduce some losses: technical losses from electrical resistance and faults are down; payment losses from urban consumers are down.  But the big data era has seen an unprecedented expansion of rural electrification, and in rural areas, payment losses have risen to 50% or more.  In other words, the corporation receives less than half the revenue it should given the electricity it is supplying to rural areas.

The expansion in rural electrification has been mandated by politicians.  The high level of rural payment losses has been condoned by politicians, given significant positive association between levels of electricity non-payment and likelihood of seat retention at an election.

Is this the silencing of big data in the face of big politics: the capability for accurate metering and billing of almost all consumers simply being overridden by electoral imperatives?  Not quite, because big data has been involved via an offsetting effect, and an epistemic effect.

In sum, one thing we know of digital systems is that they have unanticipated consequences.  This has been true of big data in this Indian state.  Far from reducing losses, the data-enabled growth in electricity connectivity has helped fuel a politically-enabled growth in free appropriation of electricity.

For further details, please refer to the working paper on this topic.